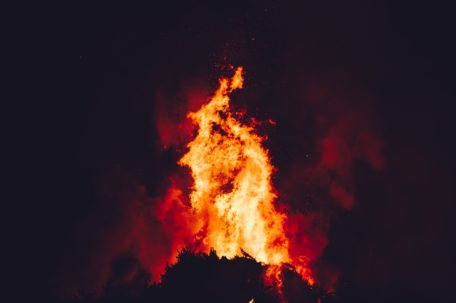 While the following is focused on mental health professionals, the commentary can most assuredly be applied to any walk in life. Our shared humanity means we experience a great many things similarly, despite our avowed dedication to the belief in our uniqueness. The joys of success only shift based on what one determines is indeed an achievement, just as the frustration of failure is contingent upon one’s identification with not reaching a goal. In both situations there is a connection being made between the projected mental image of what we desire and the extent to which it matches with reality. This is why it’s generally so easy to reshape our histories to remember being more right than wrong, for even in the worst case of being wrong there will be some aspect of reality to latch onto as being similar to our desired image. Confirmation bias (seeing only that which agrees with us) isn’t just a present tendency, it’s a fundamental aspect of our continued recreated memory and therefore our sense of self.

“The energy, even courage, to rethink a failed piece of work, write, rewrite, inquire, and respond to the comments and questions of a critical reader is crucial for anyone aiming to excel in college.”(Leah elliott Glasser)

Safe to say, clients aren’t in the counseling office because their lives are perceived as being grand displays of their own magnificence. Even the patently narcissistic is sitting across from us due to a difficulty in their life, regardless of in that case the difficulty is in fact due to their grand magnificence. I say this not to poke fun, though maybe a little, but to indicate that all clients will to varying degrees be dealing with a sense of failure. The particular aspect of their life that has fallen short will differ, but not the feeling and identification with a particular instance of having not succeeded. This is likely the basis for being able to provide a diagnosis in nearly all situations of “adjustment disorder.” The client has suffered through a perceived difficulty and the maladaptive response has lasted long enough to cause difficulties in one or more areas of their life.

Learning to fail well then is the cornerstone of therapeutic intervention, at least in so far as showing or joining with the client in how to do so with personal aplomb. Let’s face it, failure (or whatever word one desires to use there) is a fact of life. Being wrong may in fact be far more human than being right, it most certainly takes up a greater amount of our lives. Interestingly, and not without a fair degree of humor, Kathryn Schulz in her book “Being Wrong: Adventures in the Margin of Error,” notes that the feeling of being wrong is a lot like the feeling of being right. In being wrong we can quite easily and quickly self-servingly look at it as being right about being wrong. Humor aside, this doesn’t take away from the sometimes brutal reality of having failed.

Helping clients to “fail well” then is about learning to accept being wrong as simply another aspect of life, one that is as indelible as breathing and Starbucks coffee. The avoidance of being wrong and its consonant feeling of failure is often looked at as something to go to war over, a vicious beast to be slain through structural changes in life or through self-immolation to rise above it like a phoenix. If it is at any time acknowledged and graciously accepted that being wrong does not require destructive judgment, then failing well becomes an easier reality to embrace. Do we chastise the child for coloring outside the lines? Do we look at the scribbled family figures placed on a fridge and condemn the lack of realism? Well, perhaps some do, but their parenting skills are not at all healthy or helpful.

The ability to be wrong and smile is a skill lost as we get older. The reaching for a perfection that doesn’t exist and in practice ends up being a constantly moving goal, is found in the language we often use. From Not One Is Broken, No Not One:

“When I, or any of us, approach someone who is suffering, seeing them as whole and complete, strong and resilient, but at the moment blind to this, a person can be seen devoid of our own hopeful projections. Viewing each other as wholes, as complete entities, encourages thoughtful contemplation rather than emotive melodrama. We do not get stuck attempting to fill the gaps or lack, instead noting how much more we are together. Any solutions then arise through the communal-creation (communication) of an expansive interpersonal connection.”

That interpersonal connection is the heart of what I look at as the therapeutic alliance. Failing well is to see life not as a mechanical object where not fitting means we’re either broken or intrinsically misaligned, but as an organic construction of which we are a part of rather than apart from. Put another way, “Mental life is not then a round peg seeking a round hole, it’s an adaptive organism, with individualized degrees of changeability.”

As therapists, mental health providers, or simply the human we each are connected to, teaching and learning how to fail well is not an issue of changing the other, but of shifting the notion of failure as something to learn from and expand through even as we can still acknowledge that we want to do things differently the next time.