The Insidious Lure of Dogmatism

“Alice laughed. ‘There’s no use trying,’ she said. ‘One can’t believe impossible things.’

I daresay you haven’t had much practice,’ said the Queen. ‘When I was your age, I always did it for half-an-hour a day. Why, sometimes I’ve believed as many as six impossible things before breakfast.” ― Lewis Carroll

The humor of impossible thoughts is found in our refusal to consider any of our own thoughts as belonging there. Why of course someone else might think the impossible, but not me, says the self-assured mind of every human being. We are dedicated to our picture of reality. What each of us considers wrong or impossible says a great deal about that ideological perspective. To practice pondering the impossible is to step outside our mental boundaries and see what wasn’t caught in our framing, this is how to escape the insidious lure of dogmatism.

Traveling down the road of the impossible is filled with anxiety. The depth to which we rely on our sense of being right and our belief that the vision of reality we hold is wholly accurate cannot be overstated. Consider for a moment a time when you found out you were wrong about something important, that sense of being off-balance and the gut-wrenching concern over what else you may have mistaken. For most of us that experience is short-lived, our minds eagerly moving on to what is more basic to human experience, that of feeling right, even if it is feeling right about having been wrong.

While the road of the impossible is not one of ease, it is an inevitable journey each takes with every realization that a small or larger piece of our worldview no longer is able to shape the experiences we’re having into a workable whole. The anxiety involved can be seen as a form of aggression, us seeking to hold our experience within a particular set of boundaries and the larger reality pushing back, bending, and bowing out the frame. This brings us to fundamentalism.

“In its avoidance of difference and diversity, in its turning its back on tolerance, fundamentalism is actually terrified of aggression. In fact, fundamentalism seeks to manage aggression out of existence.” (Samuels, 2005)

Contrary to the picture of the fundamentalist, particularly the religious kind, being a gun or flag-waving belligerent, the outward display hides a deep-seated need for the world itself to no longer be pushing against the boundaries they’ve set up. Let’s face it, if the world completely and utterly conformed to the dictator’s or zealot’s every ideological whim, there’d never be a perceived need to do anything by force. It is precisely because the world and every person in it exists in varying degrees of freedom that some form of force is committed, though always with the hope of eventually creating a world where nothing ever steps outside the constraints of their perspective.

“Fundamentalism offers fundamentalists a chance to avoid the knock-on effects of an encounter with social, cultural and political differences. The fundamentalist self is thereby protected from inner and outer experiences of conflict and aggression within the self. Aggressive rhetoric and pronouncements made by fundamentalist leaders are not the same as the ordinary reciprocal aggression engendered by a real and mutually enhancing meeting with someone or something strange and new… Such pronouncements construct a perimeter within which aggression does not show itself.” (Samuels, 2005)

That world of ease and lack of aggressive push-back is precisely why fundamentalism is a form of psychological escapism. Whether we ourselves are using it to some degree or fascinated by someone else wrapping themselves in it, the enticement is universal. Make no mistake, dogmatism-fundamentalism is not itself constrained by ideology. It is not a force found only in religious circles or despot-leaning political ideologies.

When we come across something that doesn’t fit neatly in our picture of the world, that initial pushback is fundamentalism’s sweet voice. Our avoidance is concerned with not wanting to deal with the aggression of a reality bigger than any one of us. When labeling a person to dismiss them, it is fundamentalism making barriers.  What differentiates a ‘true believer’ from a ‘false’ one becomes a way of establishing the echo chambers of personal security. Declaring our personal experience sacrosanct and incapable of being criticized is the force of dogmatism attempting to limit reality to the confines of our need to be right.

The lure of dogmatism is one we are all prone to and it is insidious precisely because the end result, that of feeling right, is so basic to our continued living within a world that constantly and often in surprising ways, reminds us of our limits. Denying those limits through mental escapism will only ever blind us to the expansive reality waiting to be explored.

END_OF_DOCUMENT_TOKEN_TO_BE_REPLACED

Question Your Feelings, But Don’t Dismiss Them

Question your feelings. This is how we start the exploration of the 2nd Untruth, "always trust your feelings." We will define affect, the wholeness of our emotional experience, labels as a short-hand for communicating a physiological experience to others, and the...

END_OF_DOCUMENT_TOKEN_TO_BE_REPLACED

Consequences are Inevitable, Learn From Them

We will instead embrace a deeper appreciation for how our brain/body system works within experience to prepare us for an uncertain future. Ultimately we can learn to accept and even desire to build a capacity for seeing errors and mistakes and consequences as spaces for growth.

END_OF_DOCUMENT_TOKEN_TO_BE_REPLACED

A Universe of Perspective

Stories are how we bind individual perception and social reality. Social reality, our combined stories, is a universe of perspective. Consider from a nautical metaphor, where stories are the lines connecting individual boats with the social pier. Sure, the boat...

END_OF_DOCUMENT_TOKEN_TO_BE_REPLACED 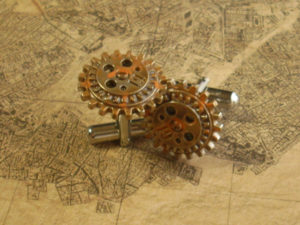 Life as a Learning Process

Approach life as a learning process and ask yourself "What do I believe?" The result will likely be a cascade of memories highlighting actions, thoughts, and experiences fitting a particular set of Virtues, or Values-in-action. The whole of this cascade will...