There can be only one identity, one me that is, one I that moves through events observing and directing behavior. Personal experience seems to support this notion. Thoughts and emotions seem to arise out of the maelstrom of our internal world in response to information we believe ourselves fully capable of comprehending. Yet the seeming ease this occurs obscures a wider situation. If we switch our perspective to focus on the “one off” experiences we’d start looking at ourselves very differently.

What happens when we do things that “aren’t the real me?” What are we attempting to say when we respond to someone’s opinion of us with: “you don’t know the real me”? When confronted with behaviors we’d rather we never have done, the very notion of “doing better” means we have it in us to react in different ways to similar situations, so why did we not do so the first time? These questions and the answers to them are often based on viewing the self as if there is a real version caught behind a cloud or other obscurity.

“The recognition that something phantasmic (projected, imaginary) functions as a façade behind which the real thing might be hidden is implicit in all phenomena of pretence or delusion and it is also taken for granted in the many common, quite casual, expressions that refer to the ‘real’ world, self, or social state of affairs and enjoin us to return to it. Yet the relationship between fantasy and ‘the real’ remains perplexing.” (Hurst, 2012)

This facade or image or projection is, so we tell ourselves, not the real me and yet, where does it come from and who then is doing the behavior which the facade looks upon? The reality is that while we at times feel distant from what we do and feel disconnected from ourselves, this has far more to do with a desire to not look at ourselves honestly rather than any actual description of our lives. We are far more than any one action, emotion or thought, any singular framing of image or projection, with the greatest source of our limitation being a tendency to lose sight of this very fact.

Genetics As Destiny, But Not Really

When attempting to explain who we are, inevitably family is brought up and, at least to some degree, that means genetics. This gene-centered view of ourselves has been helped along in the last couple decades with persistent headlines declaring this or that personality trait, mental illness or disease has been found to have a genetic link. At an intuitive level, this focus makes sense as genetics is the basis for life and we all spend time wondering how much of our parents are in us as we develop.

The most recent form the genetic-focus has taken has been in determining introversion and extroversion, terms connected to temperament (based all the way back on Hippocrates), a previous version of the genetic-focus. Just as there are online questionnaires now to determine where one is placed on the scale of intro and extroversion, so there was a time when temperament questionnaires were all about whether one was more or less melancholic, sanguine, choleric and/or phlegmatic. Whatever scientific basis either of these pattern-analyses have, and there is definite debate, the degree to which a person is comfortable considering genetics as playing a role in their personality has as much to do with finding comfort in knowing the origin for a particular trait as it does with considering how genetics works.

“One thing that early gene-personality work overlooked is that a lot has to happen to allow DNA to code for specific hormones/neuropeptides, that then have to act at the cellular level to subsequently influence personality. In short,genes need to be expressed at a cellular level in order to influence personality, and so one place where a genetic researcher might want to look to examine gene influences on personality is at this expression–that is, what genes are being unzipped by RNA, so that specific hormones/proteins are produced?” (Psychology Today)

Finding a singular gene-trait relationship is far from simple. One way to consider this is from the perspective of our own lives, where a consideration of the influences on our life exponentially expand with each social circle we expand our vision to. There are our immediate friends and family and co-workers, followed by their friends and family and co-workers and so on. Imagine each of those individuals being a gene, with varying strengths of relationship to each other person, the resultant entirety being your whole genome. While this image is not meant to convey precisely how genetics works, it does help indicate the complexity involved.

Another way of putting it is from the same article: “…conceiving of genes and personality not as simple one-to-one relationships, but instead, as complex systems of genes that work in concert to express a personality trait.” (Psychology Today)

The I At the Heart of Our Story

When asked how personality develops, Dan McAdams, professor of psychology at Northwestern University, discussed the potential role that genetics plays in providing aspects of our personality to us, then went on to describe the notion of a life story:

“A person’s life story is an internalized and evolving narrative of the self that reconstructs the past and imagines the future in such a way as to provide life with some sense of meaning and purpose. The story provides a subjective account, told to others and to the self, of how I came to be the person I am becoming.” (The Atlantic)

Consider that personality, as much as certain grounds of it may be provided for us by genetics, is the means through which we interact with others and our environment. Further, as in a story-book, our personality is far from being singular, instead a multi-faceted evolving process taking in new information all the time and responding in as consistent a way as possible. Personality, rather than a thing separate from the world, is instead a way for each of us to organize our experiences into a manageable and, to us, coherent structure.

When discussing the human need for coherence and comprehension of living, Hurst (2012) notes:

“It is most ‘realistic’, or closest to being true to the human condition, to admit a degree of uncertainty or undecidability concerning what happens and admit the possibility that there could be more to events than human cognition can cover.”

That uncertainty drives both the continued conscious engagement with an expanding life and the shifting nuance of our personality structure. We want to be prepared for as much as possible, to not be wracked by the winds of fate and chance. The way we do this is by working through the varied perspectives we’re connected to, in other words, the people we have relationships with.

“The semblance consists of multi-facetted appropriations of events, which incorporate, not necessarily harmoniously, my singular perspective (personal experience), the shared perspectives of various groups of others (consensual reality), and a phenomenal or objective ‘facticity’, which is intersubjectively shared among most humans because we share certain faculties.” (Hurst, 2012)

This “semblance” of Hurst is the approximation of reality that our minds create,
essentially a perspective. Think of perspectives as the processing force of our personal identity (personality), with the facade we project to others being the outward face or response at the end of that process. If someone asked our opinion on a matter, we’d be letting them know of our perspective, shaped as it is by all the influences (past, present and considerations of the future) in our lives. That perspective will be threaded through the structure of personality you have that is determining how best to act within the situation, providing a face for others to interact with.

Looked at this way: perspective threaded through personality to build a facade or presentation to interact with the world, provides a much fuller picture when we talk of who we are. Rather than stalling at introversion or extraversion, melancholic or choleric, we see how our personalities are responsive from within a vast interconnection of social relationships. Instead of “I’m shy because I’m introverted,” it’s “I act shy because it slows down the number of interactions I deal with and is how I’ve learned to work within the world.” Instead of “I’m social because I’m extroverted,” it’s “I engage actively in building social relationships because I’ve learned to deal with the world through information gathering.”

By looking beyond personality labels to an exploration of personality systems, we move past static responses to situations and into dynamic places of potential behavior. Forces like genetics may have set a particular spectrum of possibility for each of us, but within that arch is a virtually unlimited ground for human expression if we but learn and stretch. 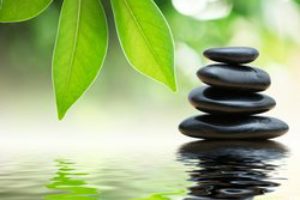 Whether professionally as a therapist/counselor or personally as one among[...] 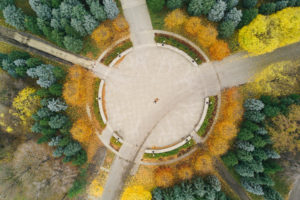 Human perception intuitively seems a case of simple connection, we[...] 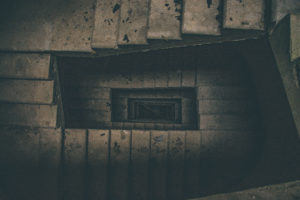