Home PhilosophyThe Busy-ness Of Being

There’s an old comedy skit (don’t remember who originally did it) about a psychologist/doctor in an office and a line of patients outside. As each patient comes through they receive help and as they go the doctor begins exhibiting the same symptoms that the patient had. By the third or fourth person the doctor has several physical tics, shouting all manner of phrases and anything else the writer decided to come up with. Finally a pregnant woman walks in and the doctor runs from the office screaming.

In the relational schema of existence put forward by Siegel, there are brains, minds and relationships coinciding with the physiological mechanism, regulatory process and the sharing of the flow of energy and information (Pocket Guide to Interpersonal Neurobiology). We bring to each connection our brains and bodies but it is in the inter-flow soup of energy and information within the relationship that behavior is built out of. With each person we come into contact with we are no longer the same person that existed before, changes, usually subtle, have occurred in our brain, actions that were less likely to happen now may be more likely and our thoughts/emotions are now charged along a different route than before meeting.

When we lived on farms or small communities it was a process largely dealt with fairly easily, but social media has increased our connections to a degree of near-infinite capacity, regardless of how well our brains can take it all in. Recently this reality has been weighing heavily upon me, struggling as I sometimes do to come up with the next piece of writing or find the energy to engage with one more person or work on the projects languishing in bytes in a folder buried on my Mac. The sheer enormity of life comes crashing down, previously held at bay by ignorance of its impending tidal wave. Add in events like what has recently occurred in Boston and there comes a threat of emotional shut-down.

A common point of advice in my field is to “take a mental health day,” largely consisting of getting away from it all and focusing on healing the self. Vacations are often characterized this way for most people. They are welcome gaps in the unstoppable inundation of information and taking on of human connections that we all do. Rather than looking at such times as gaps though, I want to refocus them as personal points of grounding. The information hasn’t stopped in these “mental health days.” Mobile phones are likely still glued to our hands, computers are up and running, a show or movie is being watched, some form of public interaction ends up occurring. We don’t get away from the information and relationships so much as shift our intentional focus.

Still requiring further research as to the mechanisms of its constitution, is the notion that mental life, particularly that of attention, can shape the firing of our neurons as much as the reverse is true. This makes intuitive sense to most, but as even a cursory overview of the study of physics indicates, our intuition of things is often not a good place to get an accurate understanding of the universe. However, there is good reason and research to support such a notion, at least in its general application so we can move forward while still remaining wary of declaring anything absolute. Suffice to say, the way we interact within our relational dynamics will shape our future behavior, in particular the attentional focus we apply to any given situation.

As I noted before, the enormity of life was held at bay through ignorance. The sheer magnitude of the connections I have and most of us have don’t ever go away nor did they pop into existence all at the same time to squash us like bugs, they are simply not always at the top of our attention list. A good thing too else we’d be mentally liquified and unable to act at all. Instead of relying on this unconscious safety mechanism, we can attempt to raise it in consciousness and apply it more intentionally. Whatever is being done, do it with the utmost of attention. Whoever is in front of you, give them the greatest degree of focus that can be brought. Yes, this sounds like common wisdom of planning and organizing but common sense notions are often forgotten for being so common.

The beauty of the human creature is our ability to connect with, love and empathically concern ourselves with others even when we are not physically close to them, as is the case when tragedies occur in communities far removed from our own. It is a good and precious thing to be aware of, this connective process and the altruistic behavior flowing out of it. The incredible power of this, however, is not something that can be maintained intentionally every hour of every day. Sometimes it’s good and well to remember that a “mental health day” isn’t about getting away from it all but about refocusing on what’s right in front of us. 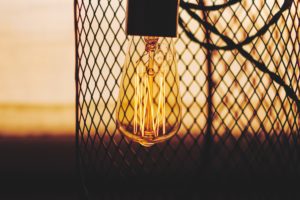 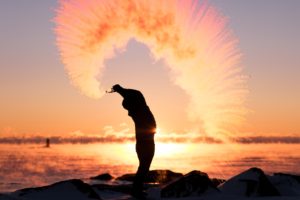 Starting from a deficit is always frustrating because after all[...] 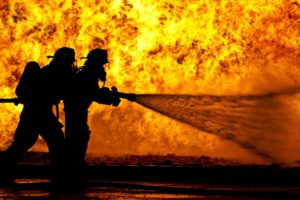