Starting from a deficit is always frustrating because after all the work done and resources used to get oneself to the surface, you often find yourself exhausted by the journey. Further, deficit thinking has us defining ourselves from the perspective of where we’re going, not where we’ve come from, it can feel that no movement has occurred at all! Unfortunately this mentality is exactly what we bring to ‘goal setting’ and it’s precisely why the spiral of shame and self-doubt is so often the end result. Thankfully we can give up goals by instead looking at achievement. The way to do this is to reframe our behavior within a consideration of Values.

Values are not Behavior

Values are not synonymous with, or at least not fully understood or fulfilled by, particular behaviors. This may at first sound obvious, but it’s not typically how we assess and judge ourselves and one another. When was the last time you chastised yourself for not going to the gym and instead binging a tv show? When was the last time you judged another as being dishonest based on a particular situation? For that matter, when was the last time you felt yourself unfairly judged when you went with being supportive rather than being honest? Or, how easy is it to think of a time when you gave up on supporting one Value, like Honesty, for the purpose of saving someone’s life, job or prevent being hurt?

All of these scenarios bring us to three conclusions:

Consider the difficulty of judgment, both of others and ourselves. Often it happens where one family member will declare you don’t love them because you don’t treat them exactly the same way as another. The accusation is often met with stunned frustration because of course you love them, it’s simply that you interact differently due to the nature of the particular connection, the context in which a behavior occurred and what the other person’s interests may be. A more obvious example would be if one of your kids declared you didn’t love them because you don’t treat them the exact same way as your spouse. Clearly the claim is absurd, the very nature of the connection leads to different behavior. Importantly, the Value itself never went away.

Life is a constant juggling act of supporting what we care about, utilizing the behavior we’ve learned to associate with particular Values and doing so within contexts of which we often have no control over the particulars. Consider self-esteem or integrity, where ‘standing up for yourself’ is a common advice given. Yet, when faced with a hostile work environment or unhealthy personal relationship we won’t follow the advice, instead opting for another behavior. Where we often then shame ourselves, the reality is we did act to support a Value, but instead of Integrity, we acted on Financial Security, Safety, Peace, etc. What we’re concerned with here is not a judgment about long-term consequences, but a proper evaluation about why we do what we do in any given moment.

Those moments are context-driven. We are not likely going to be able to focus on Health when we’re incessantly surrounded by junk food and find it difficult to gain access to healthier alternatives. It’s little wonder in that context that Pleasure takes center-stage. We’re not likely to work on Self-Esteem/Image when coming out of an emotionally abusive family, surrounded by unsupportive community and/or lacking in skills that our specific society finds useful. I say “likely” here because there’s always personal stories of people seeing their way through adversity; this is about the general experience. In fact, behind every story of success despite adversity you’ll find that the person did the one thing we’re about to bring attention to: expanding perspective.

Each step is about starting from your humanity, at the center of which is what you care about, and building upon what already exists. From that foundation you can increase your confidence in what is behaviorally possible by enlarging your competence in how you support what matters to you. Noticing what you’re already doing is exactly the opposite of getting lost in the contemplation of what you’re not. The latter is an ever-expanding sinkhole and we know where it sends us: nowhere.

By promoting to ourselves the daily ways we support our Values, we remind ourselves that we are constantly in service to them. By expanding what is possible through noticing how others support our shared Values we build a greater repertoire of behavioral tools to work through the struggles that inevitably come up. Isn’t that what we’re all ultimately interested in anyway? 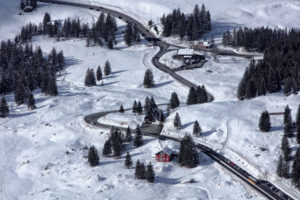 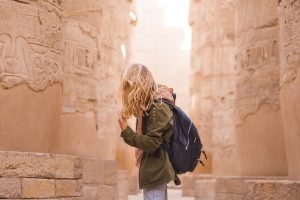 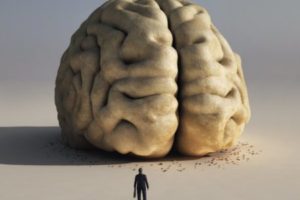 Our Evolving Minds: Change in Context

The tempestuous connection between nature and nurture, empiricism and social analysis,[...]