The New Year is upon us and with it comes the inevitable round of created and broken resolutions, the annual practice having become more parody than source of progress. Before the fires of change reach fever pitch and that new gym membership languishes in auto-pay purgatory, there’s some room to think for a moment about the movement from old to new, from habit to hope. As I recently finished Neil Gaiman’s “American Gods,” the story provides ample imaginative space to explore this query.

Shadow, the central character, gets caught up in the machinations of the god Odin who desires to wage a war of the old gods against the new. The old have lost a great deal of power. Brought over here to the United States in the minds of those coming from their native lands, time has distanced ancestors from their roots and the old gods no longer are being sacrificed to or often even believed in. Instead, new gods have arisen from the collective intent of a modern America; gods of television and prostitution, highways and cell-phones. These new deities are belligerent and puerile, flitting about in their desires, always attempting to stay one step ahead of the next fashion trend to grip the social consciousness.

Odin is tired of languishing in a pit of mediocre life and takes Shadow on a trip across the States to inspire other older gods to rise up. Along the way there is painted a picture of society in which the sanctified areas, places of worship, where once were monuments to human ingenuity, instead have been replaced by carnivals and rest-stop amusements. Stonehenge has been replaced by the worlds largest ball of twine, continuity has been replaced by frivolity, depth of feeling replaced by blips of commercial focus. While both sets of gods can be malicious, caring little about their hosts except as it gives their existence legitimacy, there is a quality to the old gods that often strikes a chord in Shadow, however much he despises the whole enterprise he’s caught up in.

This quality is best noted in sacrifice, which plays a large role in “American Gods.” While the new gods demand sacrifice, there is a passiveness to it which would be sad were it not so pathetic. People’s lives are given up in homage to a deity they know little about which offers them nothing more than momentary release from a world so much broader than the leftover dregs they curl up around. One is reminded of the sludge left behind from coffee having sat for too long in a pot, a dark slow-moving mass that makes you ponder how you could have ever put that inside you. The old gods demanded so much more, the entirety of a full life, dedicated to the service of transcendent ideals, filled with purpose. Shadow offers himself up to bear witness upon a tree to a god’s passing and in so doing changes the course of many events, finding in himself truths that had long been hidden. Juxtaposed with this is the story of a man swallowed by a god of debauchery who’s last breath is like a whimpering gasp. Simply put, there is no comparison.

Putting Consequences in their Place

Working with clients going through difficult times, many questions come[...] 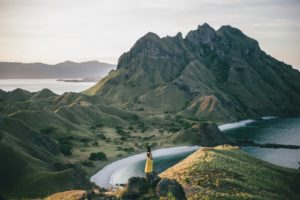