Relationships: They Are Us

Home ResiliencyRelationships: They Are Us

Relationships: They Are Us

There comes a point in life, indeed many points if one is dedicated to constant reflection, where what was once thought no longer seems quite as neat and tidy. Front and center for me now is the oft-repeated notion people use for making decisions, dedicated as they are to the continued existence of a particular connection and thus guide their life “for the sake of the relationship.” A healthy skepticism easily emerges from seeing far too many examples of people making decisions to continue with a relationship that has long since become destructive, and yet the practice continues. What I want to note here is that this continuation has less to do with people not being cognizant of what they’re doing and more on the inevitability of any decisions occurring within a relational matrix. The problem with this statement is not that people make decisions for relationships, it’s rather that they believe it’s an act of one ball, in this case the “I” making a decision to effect another ball, the “relationship,” but the reality is there was a relational existence already there.

The negative quality of making decisions “for the sake of the relationship” is a decision-making model that places all other considerations below that of a particular relationship, usually romantic. This model is often cited, usually unconsciously, whenever someone notes to a friend or themselves that they “did it to save the relationship” or “I’ve put so much work into it to give up now.” Just what “it” is, is as varied as there are forms of relationships. Giving up personal goals, decisions, hobbies, or anything that at one time felt like an important piece of identity, is often what “it” ends up being, placing on hold desires and goals for the sake of pursuing the current emotional connection.

Who among us hasn’t either said or heard someone declare “yes, well, I wanted to do it but I decided not to in order to focus on us.” Notice though that what is occurring is a behavior predicated upon the notion there exists an “I” which somehow rests in a space absent of mitigating variables who then decides to selectively choose to participate in a relationship such that personal desires are replaced with those of the relationship.

Truly this is a potentially negative situation to create and is the root cause of a great many people’s willingness to continue in connections that are no longer healthy. However, focusing on this decision model is not helpful in the attempt to change that influence because it isn’t real. There is no “I” deciding to engage in a relationship, there was always a relationship.

Try for a moment to think of yourself lacking in connection to anything or anyone. When this inevitably fails, try to imagine an aspect of your self that isn’t immediately connected to a situation, experience or person. Note that even if you decide to consider yourself in empty space, you’re still defining your existence in light of that space. Gautama, the first Buddha, noted that the self, while not exactly non-existent, was not the monolithic thing western philosophers were so enamored of. It was, in fact, merely one stream in a multitude of narratives, at times being ridden more often than others, but still only one among many. The truth of this insight can be found in any of those moments where upon reflection it is noted “that wasn’t me doing that” or “I can’t believe I would do that” or “where did that behavior come from?” We’ve all had those times and usually brush them off as aberrations from the central story we have ourselves, rationalizing such behavior away in light of extreme circumstances, lack of sleep, or in some cases even demonic possession.

Unless we wish to delve into bodily possession, which even at face value seems more self-serving than a real explanation, the hard truth is that in those situations there is nobody but us participating in the behavior. From this understanding can only come the conclusion that there exists any number of potential behaviors that, while not common, are still capable of being fulfilled with these bodies we, with childlike innocence, think we control more than we do.

Relationships, of any form though the romantic type gets most of the press, are the means by which these varying narratives, both the ones that are the “true me” and the aberrations, are instantiated. Daniel Siegel, in his work on interpersonal neurobiology, posits a triune understanding of the human person: the brain, the mind, and relationships. Neither of the three are subservient to the others and the triangular connection formed neither indicates a tempestuous union like Freud’s theory of the self nor does it point to a situation where one can be studied without referring to the others. The mind here is not a disembodied thing, but a descriptive term referring to the energy and information flow that is at the heart of all connections. Relationships then are the relational process of energy and information flow whereby two or more physically instantiated beings connect in a reciprocal matrix. Change is inevitable as is a relational dynamic at the heart of who we are as individuals. The centralizing concept of “I” is here no longer an existent thing in its own right but merely a pointer, a lexical device noting the presence of a particular narrative taking center stage.

We act and wonder at times where our behavior comes from, the arm-chair inner psychologist ruefully reminding us of how Mom or Dad did the exact same thing. We see one who we love in front of us as we engage in an activity otherwise never considered and reconcile the anxiety by dwelling within the connection or in other words “for the sake of the relationship.” Relationships, whether the initial attachments formed during childhood, or the adult attachments later based on them, provide avenues for energy and information flow and therefore the expression of ourselves. Some of those trails are similar to what has come before, some are grand diversions from where we thought we were going. However, none of them are happening as different streams we jump into but as the very means we live our life.

“We are like the company we keep,” is more than just philosophical observance or parental admonishment, it is the central fact of our lives. While there is certainly still much to be said about ignoring once cherished ethical concerns or ideological positions when in the service of maintaining a relationship, we would do well to remember that who we are requires relationships to be known. There is much we are capable of doing of which we are unaware simply because a relational dynamic has yet to emerge which would allow the space for that particular behavior to manifest.

When making decisions for the sake of a relationship, it is important to recognize that you were never not in a relationship, thus any decisions made are contextually shaped not only in their result but in the very reasoning that goes into deciding what to do. 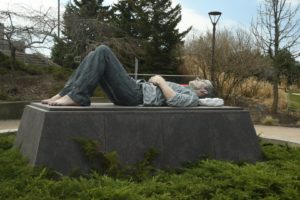 Yes These Are The Emotions You’re Looking For

We humans, even those who think they’ve transcended that status,[...] 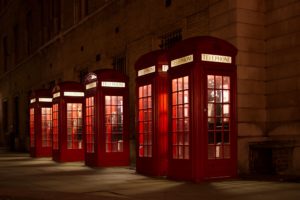 In the movie “Cast Away,” Tom Hanks portrays a character[...]