When one door closes, another opens, at least so the saying goes. There are any number of humorous additions to this, not least of which is pointing out that if a door closes, you can reach out and open it again, because that’s the nature of doors. When faced with a myriad of potential paths in life, it is fair to say that hindsight directs our attention to acknowledging each and every act as one through which we reached out and opened. There are no closed doors in this scenario, there are only the paths that lie before us for which each and every one seems quite inevitable and right. That latter feeling of rightness is what brings us to a contemplation of personal interests, notably that regardless of what they may be, we are always following them.

A common criticism, often expressed in confused wonder, when faced with someone or a group acting in ways that seems contrary to a set of personal interests is to say that they are acting against said interests. Let’s immediately note that the identification of those interests is almost always from the perspective of the person criticizing, not the person for whom the judgment is being applied. Already then any conversation that may, or more likely will not, occur, is based on both a predetermined appraisal of how another person conceives their world and an ignorance regarding such. In other words, said judgment says far more about the person giving it, an open door of insight into how they consider life to be rightly lived. The tyranny of “should” is already raising it’s head.

Consider for a moment that while as human beings we all share a common set of interests, e.g. living a life of personal expression, a desire for personal achievement, care for one’s family and loved ones, etc., these are like values in the sense of being able to instantiate a wide range of behavior in how they are carried out. To look upon one set of behaviors and determine that the person is working against some isolated interest is assuming that there is only one way of manifesting the desire to fulfill it. This doesn’t mean said behavior is agreed with, but that’s a different path of inquiry and judgment. In declaring that the person is acting against their personal interests is to tacitly declare them mentally incompetent in identifying what they desire and putting that desire into action. The fact is, said declaration is almost always about passing a moral judgment rather than a determination of competency, but the latter allows for a dismissal and dehumanization, whereas the former would require some form of active engagement. In a world in which identity politics (the condensing of an entire person to an isolated characteristic) has become the norm for discourse, any attempt at generative dialogue is a sign of weakness.

As human beings with a common set of interests, there is, however, no map in place for how those interests work together. Context is the central rule here, providing the space for perspective to look upon and determine a course of action. Personal interests are contextually hierarchical, changing their placement depending on the situation. Upon reflection, we can see how all our interests/values are being shuffled around in every moment of the day. Imagine a difficult situation arising, one that raises the heart-rate and creates a hyper-focus. Regardless of whether such a situation concerns work, family or a personal desire, such a stressor immediately places that interest front and center or at the top of consideration. Does this mean all other interests are null and void? Obviously not, we are simply not that shallow as a species. Will the behavior that manifests be such that is different than normal or average? Often yes, this is where such phrases as “I didn’t know I had it in me” start happening. Once the situation has passed, interests get realigned and we go about our lives. What is important here to note is that while it is easy to see this happening when reflecting upon a strong stressor, the same process is occurring in each and every decision being made. The degree of difference is felt only because of the need for increased awareness.

To understand better why people act differently when faced with varying levels of stress, note that contextual hierarchy is a combination of situational variables, learned behaviors and structural principles or worldview. Each situation is different not simply because it appears as such from an environmental consideration. How a person has learned, or not learned, to deal with stressors provides the repertoire of possible behaviors, but what set of behaviors is actually capable of manifesting will be further limited by the person’s worldview. Picture a cone, with the wider end being the full spectrum of potential behaviors given only by the environment. That set gets smaller as you move down through a person’s worldview and learned behaviors, until it manifests in social space. Would we mock or judge a child for not being able to drive? Of course not. Adults do not suddenly have access to any and all possible actions. To judge people or ourselves from such a criteria is not only unfair but patently ridiculous and ultimately more about destructive shaming than understanding.

The determination of personal contextual hierarchy does not remove debates of morality and whether the manifestation of personal interests could be done in a more constructive and helpful manner. Ultimately and ideally, this is what education is about, providing a systematized structure for determining better behavioral reactions. Education doesn’t just happen in a school or book, however, but frankly far more often in the day to day interactions of human relationships. When a person’s behavior is deemed contrary to their personal interests, prior to any attempt at understanding how they construct their worldview and what their history has provided for possible behaviors, there is no education being done, there is no dialogue being generated, there is only the continuation of an “Us vs Them” mentality that helps none of us.

When seeing a behavior that makes little sense or inspires immediate judgment, stopping to genuinely inquire about worldview and history provides a means of opening up opportunities for relational education. Those opportunities will never happen if begun with dismissal and the desire for shaming. Who knows, perhaps, as any good educational experience shows, the “teacher” will learn and grow along with the “student.” 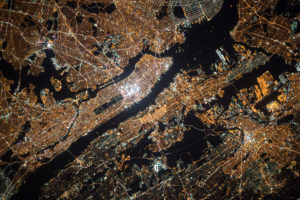 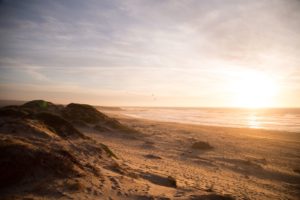 Being You In All Your Social Spaces

Of particular difficulty in a world of constant social media[...]

When the concept of "no-self" first came across my ocular[...]