Mind over matter, that’s the hope and aspiration explored in fantasy literature and speculative science fiction, promoted through various product-lines and explicitly endorsed in many religious ceremonies and practices. Implicitly, ‘mind over matter’ assumes mind as being something other or above that of physical reality. Placing it nicely in such a nebulous position allows for a great deal of confusion to be generated, but also impressive displays of the human power of intention/desire. From within that space of confusion and hope we find the placebo effect.

Let’s start by defining what is meant by placebo effect and go from there.

“In clinical trials “the placebo effect” is whatever happens in the placebo group of the study, the group receiving an inactive treatment. This is not one effect, however, but a complex combination of many effects” (Novella, 2015).

Note that there is no singular activity for placebo effect, it’s a catch-all term for a variety of reactions generated from within the group getting an inactive treatment. This can encompass bias on the part of the researcher and participant, regression to the mean (a natural and inevitable return to a standard or norm), improvement of mood from being involved in a trial and simply getting attention from an involved professional.

Further, the degree of effect is variable and is contingent upon a number of factors. Notably:

“Though placebos may work through various mechanisms, research suggests that they have the greatest effect in neural systems involved with processing reward seeking, motivation and emotion. Placebos seem to be particularly effective in patients with depression, Parkinson’s disease and pain. All three conditions, Atlas says, involve the neurotransmitter dopamine” (Monitor, 2015).

“The way subjects are being treated in trials is also changing over time. They are getting more attention, perhaps more encouragement, and their overall experience in the trial is better. All of these things would magnify their placebo response to the experience.”

Let’s pause for a moment. Placebo effect is essentially an embodied response being identified from within the perceptual system of the subject or person. In other words, the body responds to the hope projected by the person upon an inert object. This is why personal bias is likely so prevalent within placebo, we not only really like being right, we will select from within our experiences those data that support our narrative.

With much of existence outside our individual control, it follows that the placebo effect, being as it is largely based on personal projection, would generate the greatest degree of effect in precisely those situations where ignorance and desire have the most influence. The more we don’t know the mechanisms underlying an experience and/or the more weight one’s subjective assessment holds, the greater placebo effect will be generated.

Note above that the conditions most amenable to the placebo effect are involved with dopamine, which has to do with our reward system. Depression, for instance, is often characterized by a lack of motivation, not simply mood. However, and this is where placebo reminds us of our relational lives, anyone who has kids or attempted training pets knows, finding what motivates is as much about the interaction than the object that is used for reward.

Our motivational system is profoundly influenced by previous experience, what responses we’ve learned to associate with particular actions and current relational dynamics. In fact, this amalgam of conscious and unconscious processes makes the whole placebo situation more complicated in finding out just what exactly is going on.

“Beliefs and expectations are a potent mix, Wager says, and future neuroimaging research must try to tease out how much of a placebo response is due to conscious expectations versus an unconscious learning from prior experiences. Expectations can be influenced by verbal instructions, nonverbal cues about care, and other elements of the treatment context, whereas unconscious learning requires prior experiences of success (or failure) with a treatment, such as experiencing pain relief after taking a pill” (Monitor, 2015).

Whatever the combination, we can’t get away from the power of expectation and its association with the relationships in our lives. Where such concerns medical practices, “…the quality of clinician-patient relationships in terms of measures like empathy, communication and better attention to nonverbal signals, played a small but significant role in health outcomes for various conditions” (PLOS ONE, 2014). If the quality and strength of the relational connection plays a role in the doctor’s office, all the more so will it effect the evaluation of one’s well-being in places that are heavier with emotional weight.

Many of the practices and places associated with placebo effect rank high in emotional substance and relational connection, notably religious services and new age spiritual practices like “the power of positive thinking” and the usage of totems (crystals, bracelets, charms, necklaces, etc). Explicit instructions for the person involve projecting a positive outcome and imbuing the object with positive intent. That the majority of responses involve a self-assessment only adds to the power of placebo. The person has already expressed just how strongly they want to feel better and with so much motivation tied to an outcome they get to decide is indicative of success, the solution is simply to say yes.

None of this is to portray religious and spiritual practices in a negative light. The placebo system being utilized is no different than when it manifests in other behavior, from fans believing what they do at home has an effect on the outcome of a sports event, to the various idiosyncrasies employed while gambling. In fact, acknowledging the system being used does not diminish its potency. Further, we can actively engage in it to our personal betterment where it concerns our need to inflate our motivation and provide substance to the projection of our personal needs.

The difference, and it’s quite large, between clinical trials and all those other examples is the former is ostensibly committed to determining cause-effect relationships regardless of the desire of those involved. What all the other practices are concerned with is exploring the reach of mind over matter. The practice of exploring cause-effect is the heart and soul of science.

Novella, S. (2015). Are Placebos getting stronger? « science-based medicine. Retrieved May 14, 2016, from https://www.sciencebasedmedicine.org/are-placebos-getting-stronger/

Novella, S. (2015b). The placebo effect « science-based medicine. Retrieved May 14, 2016, from https://www.sciencebasedmedicine.org/the-placebo-effect/ 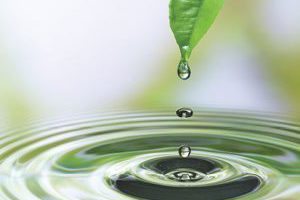 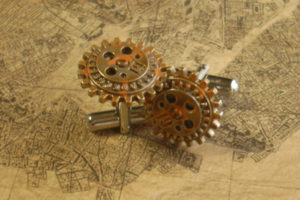 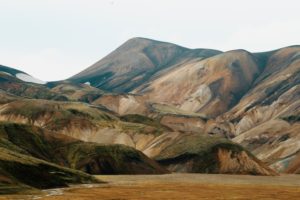 A Life of Gaps, Hills, and Valleys

I was once challenged to view life as a constant[...]