Is There A Limit To Skepticism?

Home PhilosophyIs There A Limit To Skepticism?

Is There A Limit To Skepticism?

Skepticism is in no small part related to judgment, or if that term is too emotionally charged, discernment. Both require an active conscious engagement with lived experience and a humility that rests on the acknowledgment that all knowledge is tentative and open to revision. This is not to say that conclusions cannot be reached, hence the problem with declaring judgment to be in some way inherently wrong. We reach conclusions or judgments almost every waking moment of every day, from the mundane of walking out of our homes having judged that we would not immediately perish, to the complex issues of work ethics and the treatment of family and friends. Saying no to judgment is to say no to the relational reality of existence. What skepticism supplies is a general paradigm of shaping those judgments.

Skepticism, or rational inquiry, should be differentiated from denial. The qualifier of rational inquiry is the difference. For instance, to be a “climate change skeptic” is a false characterization, when in fact “denialist” is more proper. The difference is one of rational inquiry, but more doing so honestly. The mere asking of questions is not sufficient to come under skepticism, for such is determined at least equally by the purpose in doing so. The skeptic has investigated the material, understood the consensus and then offered further inquiry to search out possible variations in the understanding of that data. The denialist is not interested in understanding what has come before and very rarely offers possible variations, they simply declare other conclusions wrong by personal fiat. Doing so does not support skepticism, it utterly denies the validity of it.

With skepticism and its supporting structure of rational/scientific inquiry, there often is an inevitable question that comes up concerning where a door of inquiry should be opened. In the movie “Jurassic Park,” the chaos theorist when confronted with the genetic manipulation that had been going on, declares: “They always asked whether they could, not whether they should.” With gene research, neurological studies into the extent or even existence of free-will, particle accelerators, and A.I. this question has increased in frequency and for many, in legitimacy.

As all group dynamics entail individual manifestations, whether skeptical inquiry has a limit depends on how you want to live your life, whether it be as a consciously active participant or as a passive observer. If the latter, then certainly skepticism is a truly awful value to hold and practice. Passivity can be found in non-judgment, but also in the realm of dogmatism. Ideological fundamentalism abhors skeptical inquiry, for any and all truth or knowledge is pre-determined in structure if not often also in specific forms. Such is instantiated in the parental frustration of facing incessant inquiry with the response “because I say so” and relatedly in the religious sphere of declaring “God” to fill in any gaps where inquiry is not allowed. In both cases and any other where an authority stops inquiry, the principle of wonder-filled skepticism is to be removed, resulting in the destructive notion that you have as much purpose in life as a rock. The difficulty of doing this is rather impressively huge, since even daily behavior requires some slight skeptical inquiry, even if almost wholly unconscious. To remove all inquiry is to cease living.

The issue of a limit to skeptical inquiry is not that black and white however. As may come as a shock given what has been written so far, I find the limits of inquiry to be a rather personal question, at least in its practice. The value of skeptical inquiry is unassailable if one wishes to live life fully, but the practice of it is not the same for everyone. For some people, asking questions can lead to a paralysis and indecisive depression such that life becomes unbearable. This is not a situation I’d wish upon anyone.

I offer two criteria for engaging in skepticism:

1. Am I questioning because of a felt need to understand more fully or to prove I am right? If the latter, cease and desist, you’re not inquiring, you’re simply rationalizing or walking down the path of denialism.

2. Does the questioning pertain to how I live my life such that may help in my own and therefore that of others’ well-being and flourishing? Merely questioning for the sake of doing so often leads to emotional futility. Inquiry assumes a relationship between self and lived reality, where consequences will not simply belong to the individual but have ramifications for any who go down a similar journey. To avoid cynicism, a consequence of separating ego from relational reality, one must have a goal in mind. I can think of none better than the betterment of our living, or eudamonia (Greek term for “human flourishing”).

Skeptical inquiry serves life because it is the active process of seeking out the perceptual limits of our current mental paradigms. Call it the evolution of consciousness where adaptation is the means of growth and progress. Whether through dogmatism or lack of inquiry, the limits of present knowledge will lead to an environment inimical to life. Only through a deliberate, rational skeptical inquiry can our lives as individuals and as a species adapt to a dynamic existence.

Consistency, in practice and in thought, guides the creation of[...] 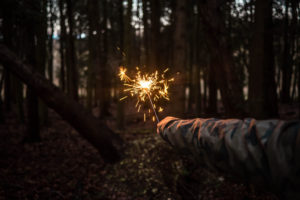 The struggle between the individualistic and collectivist pressures of our[...]