The notion of faith has recently come front and center in my life, both in the nature of what it is and how it may be put to use in ways different than my fundamentalist days. Faith for the religious dogmatist is a means of acquiring knowledge, a relational process between believer and deity that allows for the imparting of information called revelation such that is not available to those without their particular faith structure. I want to focus on the relational quality of faith.

Let’s step outside the traditional view of deity and place it in a context of a more progressive spirituality. Here, god becomes more of a conceptual holding term rather than a person or specific separate force. In this context, faith can retain its relational dynamic but rather than directing one’s attention to a god “out there,” separate and mysterious, the relationship is found to be an internal one.

“Self-confidence is not a form of arrogance. It is trust in our capacity to awaken. It is both the courage to face whatever life throws at us without losing equanimity, and the humility to treat every situation we encounter as one from which we can learn.”

Integrity is about finding strength in the acknowledgment of one’s own presence and power with the constant appreciation for the inherent inability to know everything.

If we were to take just a moment to consider the basic social interaction of a conversation, no matter the topic, and then mentally construct the variables involved we’d be astounded at the amount we don’t know. A conversation is not simply about the two (to keep this “simple”) involved but each and every interactive piece of data in each of their lives, from their familial upbringing and the ideas and emotional paradigms being utilized often unconsciously to their education and relationships with fellow students and professors informing them of what was important to focus on and how to engage in dialogue to what they ate that morning or how they slept or the status of their current relationships. None of us exist in a box of our own making, we are within a relationally interactive existence.

Trust for Batchelor is faith in our ability to awaken our conscious selves to a broader appreciation of life’s web-like reality and humbly interact with every new situation from a position of knowing something can be learned. Faith is not certainty in the face of the unseen or a means of dogmatizing one’s opinion but a locus of being comfortable with life’s changing dynamic. None of us are the exact same person that woke up this morning. Every experience we have, every relationship, ordinary or basic, we interacted with today, has changed our neural maps. Faith is then upon this foundation a mental act, an intentional force based on recognizing one’s relational existence and the inherent uncertainty bound within it.

In every word we use, in every act we do, there is a temptation to retreat into the dogmatic version of faith that inculcates us from criticism and places us in a realm wholly unconnected to the natural world. While this mentality is most easily associated with supernatural beliefs and traditional religious dogma, it can also exist as much in the mind of a person dedicated to logic and reason or an adherent to a particular spiritual fad. “Ethical integrity is threatened as much by attachment to the security of what is known as by fear of the insecurity of what is unknown.” (Batchelor) It is not the beliefs themselves that are at issue on this point but the association made as to whether they are considered above critical consideration.

Like most considerations of ethical behavior, it is based on a growing appreciation and knowledge of the human condition. If we treat people from a position of faith in our relational existence and look upon each face as a connected source of further understanding then dogmatism and the fear that inevitably rides with it fades. When we dwell in the faith provided by our relationship with everything then each person and connection becomes a space for awakening. 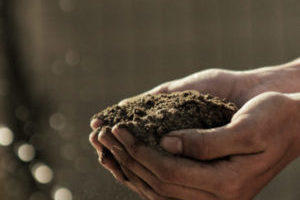 Apathy is mostly believed to reside solely in individual people,[...] 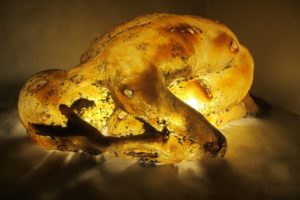 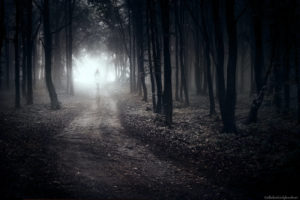