Communication is more than words being exchanged between two or more people. It’s also more than the non-verbal physical cues made famous by such shows as “Lie to Me.” When people engage in dialogue, they’re seeking to build a relationship of perspective with reality and, if reality doesn’t fit quite well enough, get the other person(s) to agree regardless. This is true whether the discussion has to do with broad, socially significant, political opinions or the varied intimacies of one’s emotional state.

The significance of binding perspective to reality cannot be overstated. Opinions aren’t just mental states, they’re the means through which we gather the disparate pieces of reality and bind them to create an experience. That we all like to be right begins to make sense here, given the potential weight carried by our thoughts. Combine these two points and the many forms of communication can be seen in a new light.

We can start with cultural practices.

Contrary to the majority of felt experience, our thoughts are rarely unique creations. They’re far more likely to be derivatives from our social upbringing and cultural backgrounds, to promotions of something we recently read and likely didn’t critique long enough. The latter is especially fun in conversation if confronted by someone who does immediately know more than we do, as our shallow understanding is highlighted. Did I say fun? I meant embarrassing.

The reason for the non-careful assumption inherent of many of our opinions depends on how critical you want to be about our humanity. For those with a more negative view, it’s due to our inherent laziness as thinkers. A more reasonable take has to do with time-management. It’s simply easier to assume that the information we personally encounter is more likely true than not. Taking the time to critically analyze everything that crosses our mental space is not only impossible (since a great deal is unconsciously taken in), but it’s really poor resource-management. We’re far too busy living our lives to halt at every thought.

One of those ways we’re living is through culture. Consider cultural practices as mental shortcuts to meaning. Ever had a word that you used but didn’t know if it was the right one? Or hear one that you didn’t know the definition of? Sure you could look it up on you smart phone, but that takes time. Better if everything you hear has built-in definitions that you absorbed through experience. Enter cultural practices.

However, those built-in definitions and meaning can pose just as many problems as they solve. How aware is the person of their own history and what they’ve absorbed as normal behavior? How much self-ownership do they have concerning the meaning of any particular practice? Are they open to the practice having other meanings or purposes?

Remember, culture is a short-cut to meaning, a device for carrying entire narratives or stories tying together reality. If the weight of individual opinions is so heavy, and that’s just for a single person, imagine the exponential increase given to a story that has time/family attached to it.

To attempt addressing the very real difficulties, when considering a cultural practice, we can ask first what the purpose is. The person will provide a story. That story will give structure to the meaning the behavior has for them. It will be really easy now to immediately agree or disagree with the story, based on one’s own assumptions. Good conversation/dialogue is generative, it builds greater understanding. It isn’t warfare with two parties lobbing linguistic hand-grenades at each other.

Before engaging with the story, a full stop needs to happen. Use this space to reflect on:

To keep it simple, let’s take the practice of washing one’s hands. The primary Value to be supported is likely going to be Cleanliness, but is such always primary in awareness? If you’re rushing to the bathroom in the middle of a movie that you spent far too much money to see in a theatre, is Cleanliness going to be the top concern or is Time-Management and Pleasure? If someone saw you not wash your hands and immediately began chastising you, claiming you clearly didn’t care about Cleanliness, your response would likely be anger/frustration. Why? Not because you got called out for not caring about something you do in fact care about, but because the other person clearly doesn’t care about Time-Management and Pleasure! See the irony? The other person cares about those things too, it just wasn’t their priority in that moment, precisely because they aren’t you.

Starting with Value allows us to get behind the stories/narratives that so easily catch us up in the moment. At that point, another person’s behavior no longer stands on its own, instead being caught by our own construction of reality and judged accordingly. Importantly, this isn’t, at this level, about morality, nor does it remove issues of ethics. We’re simply looking at having good generative dialogue. Frankly, if a chief concern is to convince another person the error of their ways, no better place exists to start than with what you have in common and an appreciation for your shared humanity. 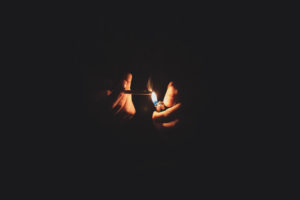 Violence Is A Failure Of Rational Engagement

When attacked, verbally or physically, the internal response is often[...] 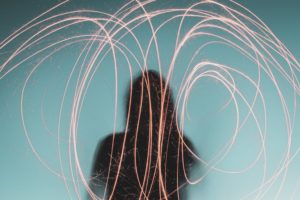 Stop Being Emotional About Your Emotions

Metaphors for living are numerous; a good thing as they[...] 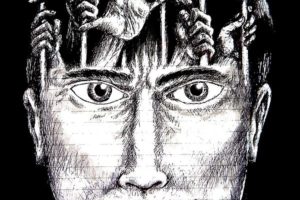 During this period of political theatre and argumentation derived from[...]