Shortcuts are not just inevitable, but acceptable as part of everyday living. Our mental short-cuts, or heuristics, make it impossible to fully consider everything we are told and faced with. We communicate and if it were pointed out that some or much of what we hear is not the whole truth most of us would shrug and explain that the whole truth simply takes too much time and energy to understand, that we know enough to get by. We parse out our energy to focus on the things that matter and take on trust much of what we hear.

Trust, here, is essentially a form of authority, we accept that the other person has, in a given context, a greater possession of truth than we currently do. Whether it be a teacher, scientist, minister, politician, or simply the person we’re currently listening to, we trust what is said. This decision to trust is itself based on a shortcut, we accept that person’s authority due to having previously determined them as being aligned with or supportive of our view of the world. In other words, trust in authority is essentially a manifestation of confirmation bias.

The selection process for determining our authority figures is based on unconscious biases, how and where we grew up, what relationships have shaped our attachments, and our educational backgrounds (to name but a few variables). We call this process our “gut” feeling and while it is often wrong, our minds self-servingly remind us of the times we were right and so we go on trusting an intuition that has little greater propensity for fortune telling than simple chance.

All forms of knowledge are an extension of our identity. Reason or testing in a lab is referred to as a “heady” process or something that occurs outside of ourselves. Intuition is referred to as something we “just feel,” therefore having the greatest connection to who we are and resulting in having a greater weight given. Nowhere is this more prevalent than in the hubris with which we tell stories of how events happen to us rather than the reverse of we belonging to greater events of which we are not the center.

Intuition, gut feelings and the like shouldn’t be completely ignored (likely it’s impossible
to do so anyway). Rather, they are limited and should be worked at, like a muscle, with other forms of knowing being used to supplement and support. A common case for this need to expand is when judging the actions of another. Information doesn’t exist like floating data points in the sky, waiting to be plucked by each person. Just as we select our authority figures from within the maelstrom of our relational lives, so then information exists within it as well. Every piece of evidence is selected, considered and weighed within the worldview of the individual, shaped as it is within the inter-subjective relational reality with those we are connected. In the rush to reach a conclusion, it is precisely these times when we should both listen to our shortcuts and hold them in deepest wariness.

Our shortcuts can be right, they can point us in a direction of truth, but they are a limiting force upon imagination and reason. However right they may be initially does not mean they should guide us indefinitely. A shortcut feels right precisely because of its lack of nuance, its reduction of the variables considered in any given situation. Judgment within this reduced vision limits the person making the judgment and the one being judged. It allows for no imagination, no newness of progress or room for change. The vastness of the world in which each person lives, the potential each has available to them, is looked over with a blind-eye.

The opposite of shortcut-judgment is compassionate understanding. This is not about excuses, but possibilities, not verbal warfare but generative dialogue. The goal is not so much the reaching of a conclusion but an expansion of perspective. 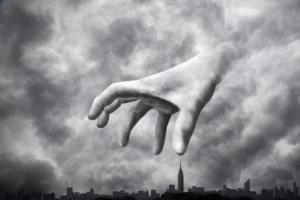 Out of a system of separation there is a miasmic[...] 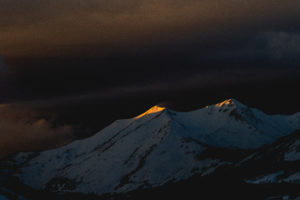 Once questions begin they build on each other, providing a[...] 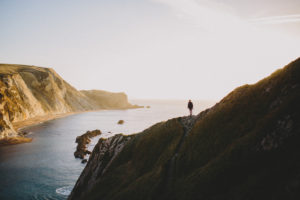 The need for community sends us in all manner of[...]