This is the final part of a 3-part series looking into the essential characteristics of Relational-ACT, the counseling philosophy behind the services provided by Life Weavings. Acceptance and Commitment Therapy (ACT), created by Steven Hayes, considers behavior to be an indication of the direction or Value that one’s life is heading towards. As such, behavior is a source for constant appraisal of one’s consistency in pursuing a particular Value. Relational-ACT is founded upon a relationship model for the creation of perspective leading to change, where behavior is not an indication of moving towards a Value but exists as a pointer directing attention back to a Value it is supporting. We exist as an inevitable trajectory of intentional energy starting with Value, moving through Narrative, resulting in Behavior.

Behavior is our humanity interacting within the relational reality in which we all reside. Existing within that established social space, it not so much creates a new experience as discovers the potential residing within each situational context. This is why we cannot simply do anything we want, whenever we want, our behavior must manifest within the layered context of each personal Vision and social possibility.

Vision By Flashlight Not By Lantern

Suspenseful scenes in television shows and movies are often built around the usage of light. A character will enter a dark room and pull out the tiniest flashlight you’ve ever seen, not bothering to flip switches or finding out they don’t work. An inevitable consequence is the villain will pop out of the darkness and surprise both the character and the audience, or a key piece for their journey will be missed. While it’s a useful prop for entertainment value, the image is not altogether different from real life, with our perspective being that of the tiniest of flashlights rather than a lantern or overhead light.

We enter the world, each of us, through the birth canal of our species, limited in the ways that are specific to our existence as human beings. We cannot run as fast as the cheetah, we do not possess the claws and teeth of a lion and we cannot swim underwater like a fish. From this starting point, what is possible for us is not at all infinite, and further constrained by the genetic, familial, and societal conditions that encapsulate our lives.

This Cone of Possibility encompasses all of our behavior, not just our outward physical reactions, but our mental and emotional behavior and the triggers that lie within us waiting to be clicked by circumstance. We do not and cannot see ways of behaving that do not lie within that possibility, though thankfully our Vision can move, as it does each time we react in ways that we wish we hadn’t and later recognize a different way of behaving in the future. The judgment of wanting to have acted differently can only happen because we are now in a different context, with a moved Vision of what is possible. Judgment does not mean accuracy, rather it’s a recognition of our desire to become better versions of ourselves.

Behavior exists as insight to our inner lives since we act based on what we believe ourselves capable of. Behavior is also an indicator of what we care about since we are triggered by what we find important and meaningful. Thirdly, behavior is also helpful in determining how our perception or self-narrative has limited us. Relational-ACT seeks to shift the focus on individual acts that leads to debilitating judgment of the whole person, by instead exploring each response within the context of the person’s life and their framing of it. This doesn’t remove responsibility so much as allow the relationships of our lives to show us new ways of reaching for the best of who we know ourselves to be.

Part 1: The Importance of Values

Part 2: The Power of Personal Narrative 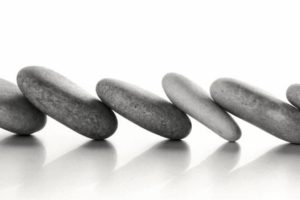 The “plane of being” spoken of in the entry Possibility[...] 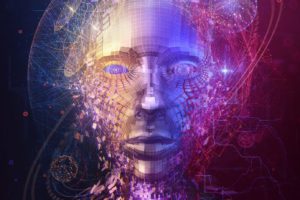