The need for community sends us in all manner of directions. We paint ourselves like warriors of old and shout till our lungs burst. Our clothes are emblazoned with all manner of symbols and phrases, pictures of mascots and letters of importance. We’ll bluster with rage over political affiliation and become flabbergasted when another doesn’t fit the preconception of what membership to that group “should” entail. Communities and the labels that come with them offer a means of organizing the disparate narratives of our lives. In the end, they help promote the greatest self-deception ever perpetrated, that of the great “I” at the center of each of our lives.

As anybody who’s read my bio knows or who has been reading for a while has seen, I have sheltered under the umbrella of “atheism” for years now. Since that November of 2001 when I declared my lack of belief I have gone through a spiraling dance with spirituality. First as an abject militant against anything of the sort, the anger was undoubtedly a projection of feeling cheated and lied to, from others and mostly from myself. Psychological studies helped lessen that issue, noting the prevailing need to create meaning and our brain’s inevitable formation of mental structures to organize experience. Time, further studies and an appreciation for the deeply similar experiences all practitioners of religion have brought me to a place where I could begin celebrating the human part of spirituality. From there it was only a quick step to realizing that spirituality need not be indelibly linked with supernaturalism.

It is the latter, supernaturalism, that I finally identified as the problem at hand. Epistemically fraudulent, the term has no inherent definition, no positive promotion of anything understandable. Supernaturalism is the repository of mystery, not in the sense of ignorance, but belief in the certainty of something because of that ignorance. The difference here is between someone having a transcendent experience and letting it change their life and another having something similar, then embarking on a quest to get everyone else to believe what they do. The worship of the personal felt experience, built as it is on a naive individualism, gives to supernaturalism its fundamentalist bent and provides the danger for social cohesion.

Essentially atheism is not a belief in something, it is the negation of a belief. Where the theist declares their god(s) exist, the atheist has a blank spot, a deity simply doesn’t hold any sway in the formation of a worldview. This means by inference that atheism itself is not a worldview, a point unfortunately missed completely by the talking heads and apologists who wax ineloquently about it.

While I was able for a time to hold myself in that space of mere negation, I began to find myself at odds with the way such was being promoted. As in any ideological position, the social practice side of it provides a nuance that is often unhelpful. Here was a prime example. Atheists, undoubtedly in reaction to the vociferousness with which many theists hold their position, have boxed themselves into a space where not only is supernaturalism denied but anything even hinting at a spiritual side of humanity is done away with. Often the attempt is made to reduce this most emotionally salient of experiences to mere neurological firings and attempting to show how belief in such indicates some diminished capacity in the person.

With a great deal of head-shaking, I found that atheism was throwing the baby of relationship that spirituality shows us is foundational to our humanity, out with the water of indoctrination and self-righteousness. What began for me as a recognition of the common human element in all religious ideologies had finally blossomed into a dedication to stand for, not merely against, something. I could rant all day at the atrocities and ignorance promoted through the vehicle of religious dogmatism. There are certainly times when this is a good thing to do (I may not agree with everything Richard Dawkins says but there is a time and place to have a bulldog on your side). However, destroying something doesn’t move us forward, not as a community, nor as a species.

So it is that I no longer refer to myself as an atheist, not because I have been born-again, but out of devotion to a broader understanding of humanity. Where relationship is focused upon, there is no separation. Where connection is devoted to, there is no judgmental condemnation. With humanity the object of progressive growth, there is less concern over righteous certainty and more dwelling upon the pregnant potential found in every question and inquiry. 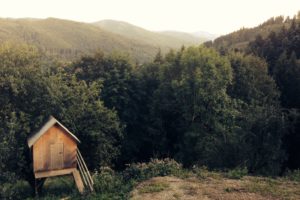 Behavior Is Not Freedom

In a psychology textbook from college there is a picture[...] 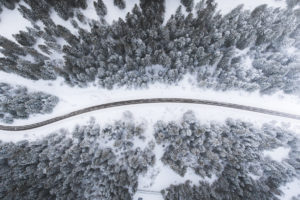 Being Anti-Religious Gets Us Nowhere

When faced with the question of “Do you believe in[...] 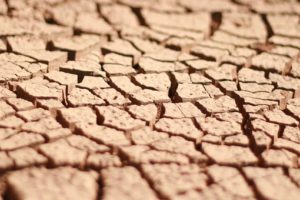 Reminding Yourself of the Ground

How much of your life has happened without your conscious[...]