Answers To A Question: No, Yes, Maybe

Answers To A Question: No, Yes, Maybe

The entry, “The God That Is There and Nowhere,” concerned the difficulty associated with defining god and how atheists in particular, though everyone else does as well, fall victim to accepting the assumption that god is or should be defined by fundamentalism and so-called traditional religions. I pointed out that “God” has no distinct reference point in itself, however much Platinga would have us believe otherwise (for a critique of his type of thinking, albeit completely irreverent, see here). In other words, while “God” has many and sundry potential definitions there is nothing to which it applies as distinctly itself, existing as it does as a mere self-referential data point connecting only to an individual’s cognitive state. This is much like the case for love, existing as it does in many many forms for various people within a multitude of cultures, though happily and with some fascination we can isolate the neuro-chemicals associated with those associated mental states.

Given this state of affairs, there is simply no reason to placidly accept for yourself what another claims, instead offering to engage in a dialogue and parsing out for the purpose of creating your own meaning what such a powerfully emotive term will mean for you. Notice I didn’t say anything about truth here since as “God” has no reference we’re merely talking about meaning and meaning is almost completely context-bound. Once someone’s personal meaning is expressed as relating to various claims about experience (beyond the phenomenological) and the universe, then it becomes about truth and is therefore open to criticism. Here then is where a more thorough understanding of atheism comes into play.

Growing up as I did in fundamentalist conservative Christianity, I began studying apologetics at the rather amusing age of 15, amusing because my brain was undoubtedly going haywire with hormones and my energy was spent on determining the efficacy of my religious faith rather than pursuing women though considering my often abject failure at the latter during that time perhaps it’s not so amusing. Within the bounds of C.S. Lewis, Francis Schaeffer, Gordon Clark and others I was often presented with the notion that atheism was an affirmation stating effectively “the belief that there is no god.” I won’t go into the history of this brand of atheism as frankly the point of describing atheism this way had little to do with history and everything to do with keeping the onus for truth claims on the back of the un-believer, leaving the believer safely ensconced on the defensive, a place as any general would say is often the easiest way to fight. I find that most people tend to view atheism this way as well, which means the apologist has succeeded in defining within society what an entire group of people declare without actually consulting them.

Later on in my studies I came around a book by George H. Smith called The Case Against God. In it, Smith articulated what is known as the negative or disconfirming definition of atheism, effectively stated as “the absence of a belief in a deity.” In other words, if one were to string out a person’s beliefs in a long line there’d be a hole or absence when coming to the subject of god or deity. Suffice to say this was the straw that broke the back of my by-then-difficult adherence to supernatural theism as now the question of affirming claims about reality rested where it should have rested all along, on the backs of the apologist, who by claiming the existence of a supernatural being and consequent means of epistemic acquisition found in revelation and faith, was making profound statements concerning the nature of reality and experience, all of which could be tested. As a side-note I reflect often on the humorous state of religious apologetics when finding arguments against evidentialist (McDowell and Geisler and Lewis) apologetics I  had only to go to the presuppositionalists (Schaeffer and Clark) and vice versa. Christianity certainly does a fine job of destroying its own claims all by its lonesome.

Why does any of this matter however? The affirmation or non-affirming stance of someone are powerful answers to various questions, not least of which to that of the existence of a deity. It is ridiculously easy when presented with an opinion, however heavily laden it is by information and research, to pontificate from a space of ego-strength how one views said opinion, when the more authentic and honest response would be to declare “I don’t have an opinion” or if this is too burdensome, declare “I have some thoughts but I need to study more to give a truly worthwhile response.”

This is, incidentally and keeping in line with the theme of atheism for this entry, why I no longer adhere to either position of atheism strictly, as both address various aspects of the theistic question and serve up a more nuanced view of human experience. On one hand it is perfectly acceptable to declare affirmatively that “there is no god” as long as one has in mind a particular deity. Frankly all mono-theists are atheists in this sense when it relates to the Greek and Roman pantheon and to Hindu gods. What this position holds is the acknowledgment that what one is being presented with is a particular claim and, through an understanding hopefully garnered by dialogue, can then declare a yes or no to its claim and back up said position with reason and evidence. The negative stance, or “lack of belief,” offers up a foundation of skeptical inquiry where statements concerning reality are to be reflectively considered rather than mindlessly accepted or dismissed. Given the ubiquity of people’s notions concerning deity, an absence of belief here is not without some serious weight and helps clarify that when one declares the existence of an entity of extraordinary aspect, it is often best to withhold judgment until the claim is better articulated beyond the mere statement of said belief.

All this is considered when I declare my continued identification with atheism. Those claims within traditional theism, even those that are more carefully articulated have almost universally fallen short even within their own system, but also the concept of god has so many facets that to blankly deny all as if they’re all of one form by virtue of using the same term is to not acknowledge the varied interrelated aspects of reality. Until a more carefully articulated form comes about, there’s an absence. So it is then with many other ideas we come across, from the mundane to the conspiratorial.

When faced with extraordinary or even contentious claims it is fully within anyone’s ability to bountifully declare their reaction, though as Mark Twain said “it is better to keep our mouth shut and appear stupid than to open it and remove all doubt.” What we can do instead is ask for clarification, see where the claim has reference to aspects of reality and find research and the linguistic understanding to analyze those connections, then determine whether the particular claim is entirely invalid or perhaps where aspects of it may hold weight or wait for further clarification and hence hold an empty space. There are so many ideas we come into contact with and so much to fill one’s time with that this often consuming nuanced approach is entirely inappropriate but when it comes to notions that have so many repercussions for how we view ourselves, others and the universe at large, perhaps it’d be a good idea to spend more time figuring things out than reflexively responding. 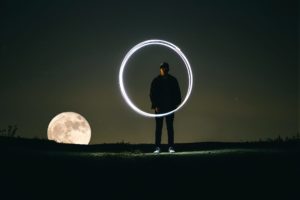 There was a time in human existence when the world[...] 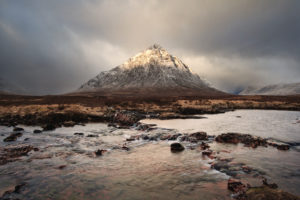 Getting involved in online discussions has brought yet again to[...]

Mockery is easy, particularly when presented ideas are deemed[...]